Professor Daniel and his passion for science


Las Tunisia. – 20 minutes of conversation with Daniel Rodriguez Peña, Master of Science, is enough to understand that he loves science and that he feels at home in the cramped quarters of the Center for Studies on Energy Efficiency and Technological Processes (Ceeprot). As if it were her greatest treasure, she shows you, still wallpaper and wrapped in nylon, the expensive equipment that will be part of the Renewable Energy Laboratories at the University of Las Tunas.

“We already have all the equipment in the institution and this constitutes one of the most important results of the international Renert project with the Principality of Monaco, which was approved in May 2018. The laboratories will occupy three buildings of the Postgraduate House and will begin to be assembled in January, after the specialists come from the Spanish company Edibon ( manufacturer) for assembly and training to operate the equipment,” explains the Ceeprot Director and Project Leader.

“We have a Francis hydraulic turbine simulator with automatic control of SCADA, solar heater simulators, wind energy, biogas, photovoltaic panel and real wind turbines, all of which are automated and controlled by computers. The equipment will be initially assembled in laboratories, until it is constructed. From The Renewable Energy Development and Training Center at the university, which is supposed to start in December, because the project and investment have already been approved and we have all the material resources in the institution.”

– For what purpose is it proposed to establish this center at the University of Las Tunas?
With the aim of promoting the development and use of renewable energy, train everyone who needs it, whether they are government employees, companies, individuals or students. Ceeprot professors and collaborators from other provinces who have been included in the project, from the Universities of Oriente, Moa, Las Villas and Cienfuegos, will work in this center. This will not be an explanatory institution, the science will be done here.” 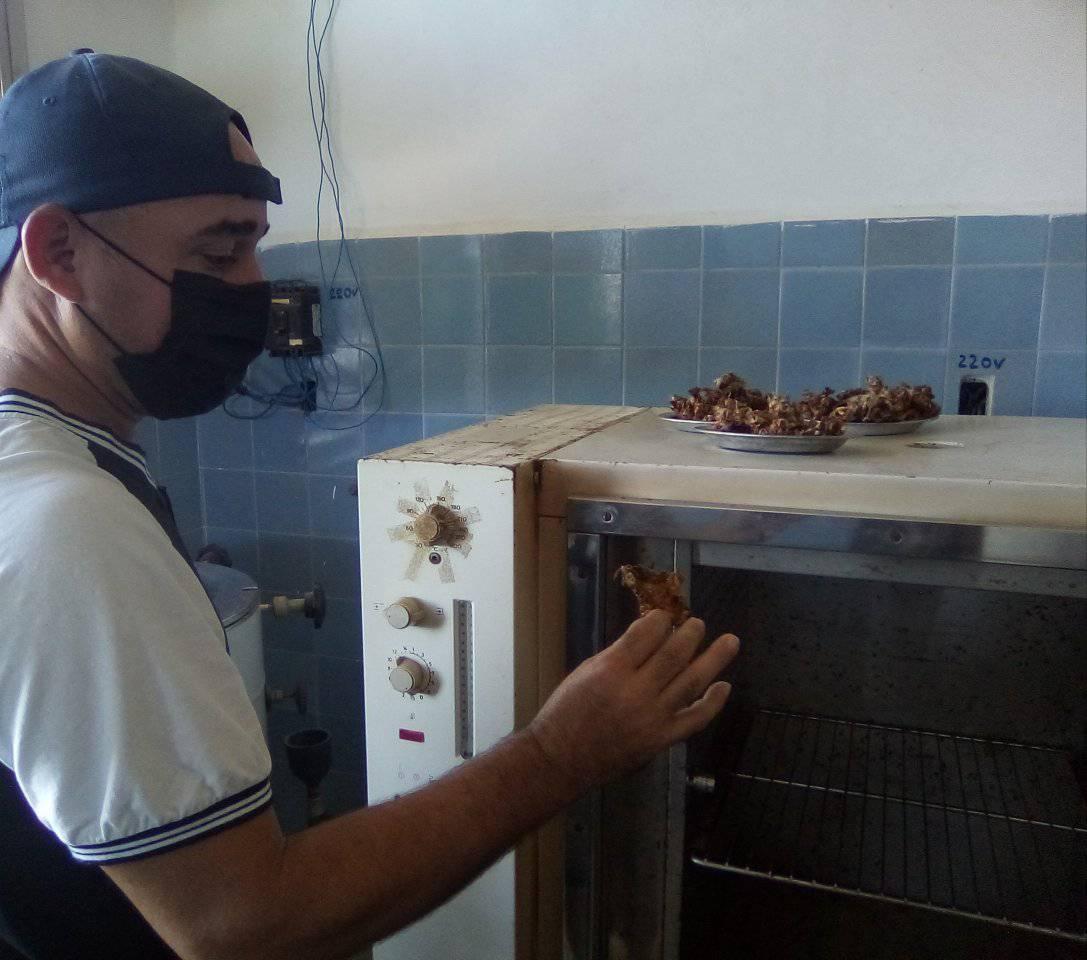 He interrupts the interview, gets up from his seat, reveals a glass bowl and invites you to try, so you can watch another achievement of the project: dried fruit.

-what is he talking about?
“Food can be preserved in many ways. How do we keep them at home? We basically put them in the freezer, dry them with salt or make them sweet, but all of these methods are expensive, waste energy or can be aggressive to health when we use excess salt or sugar. We suggest solar drying.It is a procedure widely used in the world due to its durability and health, as well as the fact that the food preserves all its properties, vitamins, oils and flavour.

“Together with the Renewable Energy Development and Training Center, with the project, we also intend to build a drying house with local materials, and this is one of our other goals: not to import something practical, but to take advantage of the potential of the region. That is why we are making alliances with companies in the province such as Structures Metallic ( Metunas), Producciones Metálicas (Duralmet) and the Department of Agriculture’s Logistics Business Group (Gelma), and more entities should join as the initiative progresses.”

The interview ends and he then invites me for a tour of the Study Center, home of the Future Lab and explains in detail how the equipment works. It makes what was previously completely unknown become familiar and it keeps me yearning to return, to learn more from Professor Daniel and his staff who are, without doubt, on the right track in the scientific development of the Territory.

A Playbook for Science Denial, ‘Scientific Phallocracy’ in the Animal Kingdom, and More

Why the Large Hadron Collider matters