Travel industry chiefs check out after sticking around during pandemic


There was a crystallising moment last year, said outgoing American Airlines chief executive Doug Parker, when he realised he would not be retiring from the US carrier anytime soon.

He told the Financial Times that by February 2020, American Airlines had completed negotiations with one of its labour unions — the last task he had wanted to check off before announcing his retirement. Parker had held the top job at several airlines for two decades, since taking over 10 days before the September 11 2001 attacks at America West.

Plans suddenly changed when reports of a dire pandemic swept the globe. As he watched then-president Donald Trump declare on television that the US would close its borders to Europe, it “was quite clear that this was much different from anything we experienced in the past”.

“We hadn’t really formalised an exact transition date,” he said. “We never really got to that point, because March 2020 became a full-on crisis.”

Parker finally announced his retirement on Tuesday after a delay of more than a year. American Airlines announced Robert Isom, its longtime president, would replace him on March 31. The pandemic is not over but the crisis is, Parker noted, and with passenger demand returning and American “on strong financial footing . . . it does feel like the perfect time”.

American’s changing of the guard epitomises a transition playing out at other companies in the travel, leisure and hospitality sector. Executives who stayed on to guide their organisations through the depths of the pandemic are now departing.

The pandemic gutted the airline, hotel and ocean cruise industries, costing the travel industry $6tn worldwide as people stayed home to comply with government restrictions meant to curb the spread of coronavirus.

US airline passenger traffic fell 90 per cent in April last year, and speculation about bankruptcy at one major carrier was rife. Companies slashed payrolls and turned to governments and the bond market for capital.

“CEOs at airlines, cruise and hotel companies aged 10 years during two years of pandemic,” said Erik Gordon, a professor at University of Michigan’s business school. “They, for the most part, didn’t quit during the worst of the pandemic . . . The captain does not abandon the ship, and there is a sense of that.”

Now as the travel and leisure sector recovers, executives are moving towards retirement. “You have some folks who have earned some right of repose,” Gordon added.

The executive search firm Heidrick & Struggles International said that across the Fortune 100 list of the largest US companies by revenue, 13 appointed new chief executives in the first half of 2021, compared with 12 in all of 2020.

Heidrick’s own finances show that business is picking up: its revenue from executive searches for the first nine months of 2021 increased 49 per cent compared with the same period last year, to $625m.

Christopher Hunt, president of Hunt Scanlon Media, a trade publication covering the executive search industry, said that compared with 2020, executive searches in 2021 have increased 28 per cent to date to 45,000 — of which 3,100 were within the travel and hospitality sector. 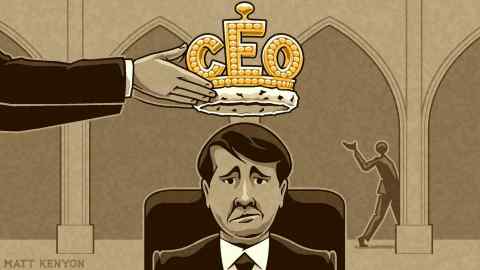 “My guess is the pandemic bunched [the departures] together,” Parker said. “We probably all had plans to do something over a couple years that concentrated in a couple of months.”

At Royal Caribbean Cruises, chief executive Richard Fain said last month that he would step down after more than three decades with the company, leaving the chief financial officer at the helm.

Stephen Kaufer, co-founder of TripAdvisor, said last month that he would leave the online travel site in 2022 after more than 20 years. Matt Maddox, the head of Wynn Resorts casinos, also announced he plans to depart in January.

Boards are looking for an internal candidate who has earned a promotion and can help a company rebuild, said Guy Cote, the partner who leads Heidrick’s hospitality and leisure practice. Executives who put off retirement are opting out of the task of returning revenue and profits to pre-pandemic levels.

“Many of the CEOs are saying they feel like, ‘I can leave now,’” Cote said. “A lot of people don’t want to stick around for three to five years of heavy lifting to get back to the levels of 2018 and 2019.”

The Road to Recovery