Explosive Portuguese title clash between Porto and Sporting Lisbon descends into a 40-man brawl as the referee shows FOUR red cards amongst the full-time chaos… with even the BALLBOYS trying to fight!

By Toby Miles For Mailonline


Controlling 22 men in the dying seconds of a fiery Porto versus Sporting derby is tough enough for a referee but when ballboys begin fighting players, order is impossible.

Tensions boiled over in the ninth and final minute of injury-time. Sporting had built a 2-0 first-half lead before Porto finally levelled on 78 minutes following Sebastien Coates’ second-half red, and the hosts went in search of a late winner.

The ball hung in the air after a stunning Antonio Adan stop and Pepe flung himself at it, apparently taking a blow to the head from Joao Palhinha’s high boot. As the centre-back wailed and writhed in the goalmouth (still keeping an eye on the action) play continued a further minute, until the whistle sparked carnage.

A mass brawl broke out at full-time of the clash between Sporting and Porto, with Pepe central 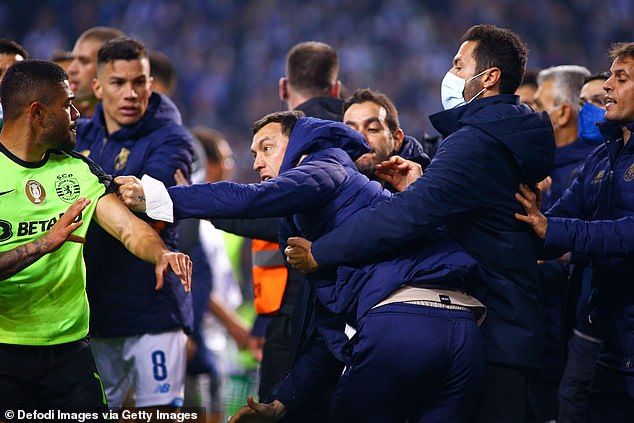 Players, staff and even ballboys were caught-up in the madness as the officials lost control

Pepe received one of three red cards shown after the final whistle, as carnage broke out between both sets of players and staff.

The Dragons extend their unbeaten run to 50 matches! 🔵👏 pic.twitter.com/i0F2Dmf1Dh

ceThe scuffle started with Pepe in the goalmouth as team-mates, substitutes and staff piled in – swamping the officials.

The fighting quickly spread to all corners of the Estadio do Dragao with upwards of 40 men on the pitch.

Joao Palhinha and Bruno Tabata were shown reds by the referee, with Agustin Marchesin also carded for Porto. Pepe escaped punishment during the initial brawl but after being dragged away, couldn’t help escalating things once more.

Moments later – with Pepe still being restrained – the shoving looked to be cooling-off over by the touchline until a ballboy made the unprovoked decision to jog over and shove Matheus Reis, who reacted furiously. 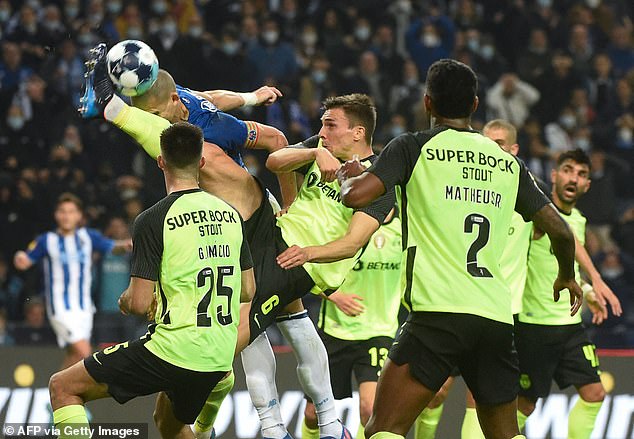 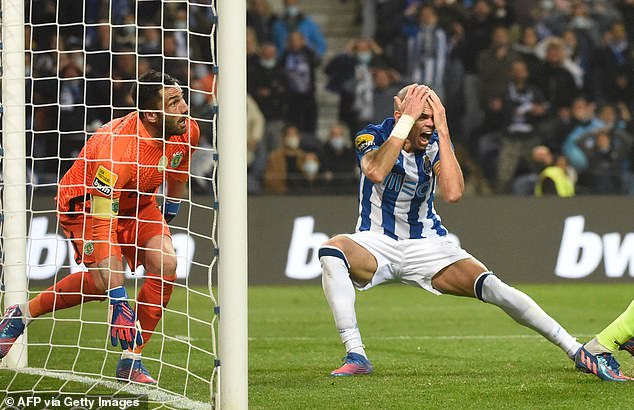 Pepe, the Portuguese star so notorious for his antics, lay in the goalmouth until the whistle 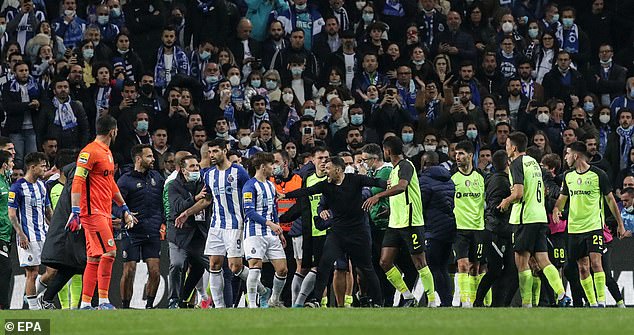 Stewards can be see manhandling the rogue ballboy immediately but it was several minutes before the crowds began to disperse and players trudged reluctantly down the tunnel.

A total of five red-cards were shown during the match but more retrospective action could follow once footage of the melee has been combed over.

The result will stand though, meaning Porto maintain their unbeaten record this season and maintain their lead atop the Primeira Liga, six points clear of Sporting.

The master blaster was a complete disaster!

Meet the free climbers who risk death for sport