Harry Style superfan spent $20,000 on tour tickets – but can’t get a refund


One heartbroken Harry Styles mega fan who splashed $20,000 on a world tour to follow her idol is among hundreds of furious Australians waited months for refunds on events cancelled by the pandemic.

It took Ms Davison two years to save for tickets to see styles in concert on the world tour, including VIP tickets for the whole down under tour, plus top-level tickets for show in the United States and Canada.

‘I was was devastated. I just cried all night,’ Ms Davison said, who filled her bedroom with the heart-throb’s merchandise since she became a devoted ‘Directioner’ a decade ago. 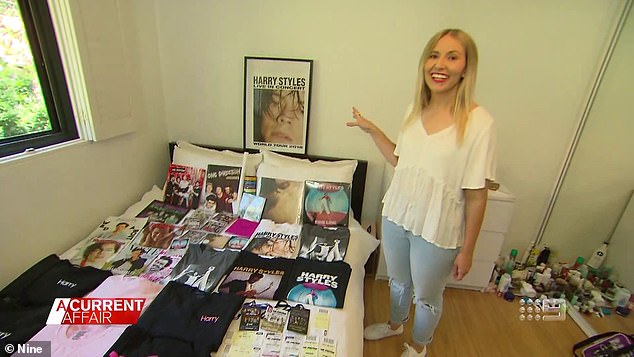 Ms Davison, who has filled her bedroom with the heart-throb’s merchandise since she became a devoted ‘Directioner’ a decade ago, waited months to get her $3,200 refund on the tickets she bought for the heart-throb’s Australian tour (pictured, Ms Davison with some of her Harry Styles merch) 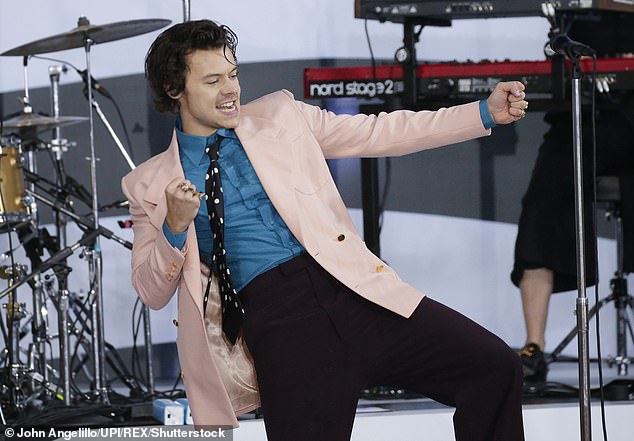 She claimed to be waiting for $3,200 back from Ticketek for Style’s eight cancelled Love on Tour Australian and New Zealand shows – even though those shows were scheduled for last November, A Current Affair reported on Tuesday.

On one previous tour, Ms Davison was even wished happy 30th birthday by Styles during a show.

Agencies such as Ticketmaster and Ticketek are still listing hundreds of cancelled and postponed events between March 2020 and late 2021 on their websites.

The sites claim to automatically issue refunds, but with demands for refunds overwhelming the agencies, refunds have happened far slower than anyone has been happy with. 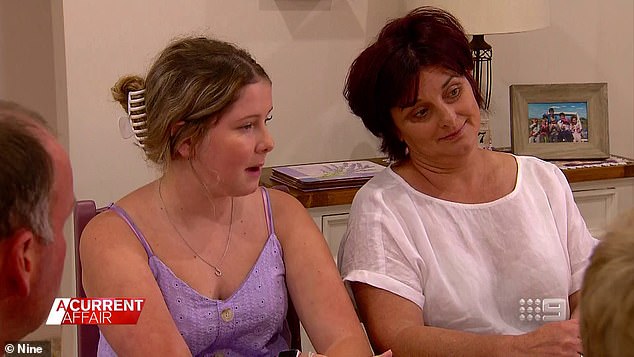 Mum Sharon Gillett said Ticketek took 19 days to advise her she’d be getting a refund on the 13 tickets she bought in a further 30 days – but claimed to be still waiting three months after the event was cancelled (pictured Sharon Gillett, right, with her daughter) 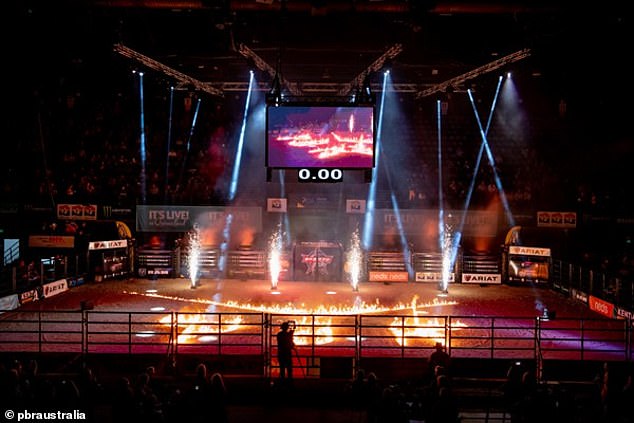 Ms Gillett bought 13 tickets to a professional bull riding event at Newcastle for her daughter’s 16th birthday but it was cancelled (pictured, a pro bull riding show)

Ms Davison is just one of hundreds of gig and event fans who bought tickets but were still waiting for refunds that according to official ticket websites should have been processed more quickly.

It admitted that with around 10 per cent of customers, refunds can’t be made that quickly because credit card details have changed.

Another ‘Styler’, Lily Travers had trouble getting a refund on three tickets to see Styles after paying $600 in total.

New South Wales mum Sharon Gillett, who bought 13 tickets for a family adventure to watch professional bull riding for her daughter’s 16th birthday at Newcastle, claimed to still be owed $1,300.

She said Ticketek took 19 days to advise her she’d be getting a refund on those tickets in a further 30 days. 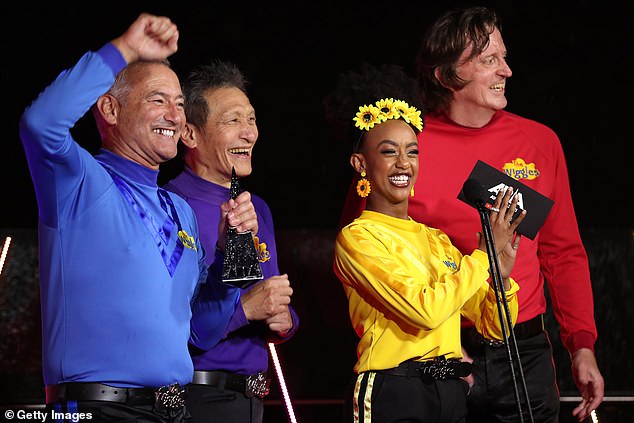 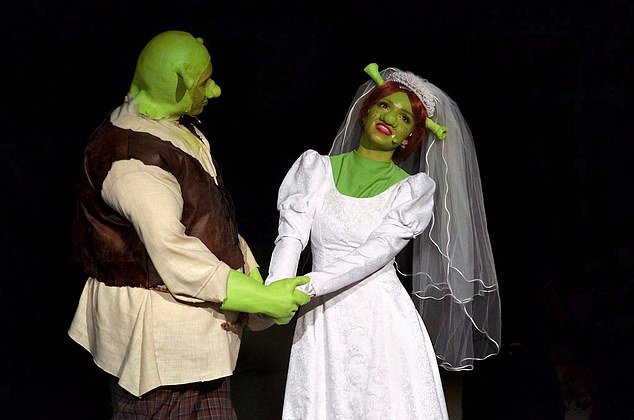 The popular Shrek: the Musical (pictured) was also a casualty of the Covid-19 pandemic

Social media is also full of complaints about refunds that customers say should have been made but haven’t.

On its website though, Ticketek admits refunds can take up to ’60 days’ to appear in customer’s bank accounts.

Ticketmaster makes it clear some refunds are issued only when it the agency gets refunded.

‘We will issue a refund to the original method of payment used at time of purchase, once funds are received from the Event Organizer.’

After complaints by Ms Travers, Ms Davison and Ms Gillett was raised by media, Ticketek said it had refunded the owed amounts to all three customers.