A HEAVILY loss-making facility in Uddingston has closed with the loss of 200 jobs after its parent company went into administration.

Tom MacLennan, Callum Carmichael and Michelle Elliot of FRP Advisory have been appointed joint administrators of Dawnfresh Holdings, Dawnfresh Seafoods and RR Spink & Sons, one of the UK’s largest producers and processors of fish and seafood.

ONE of Scotland’s most prominent business figures has heavily criticised the country’s newly published national strategy for economic transformation, declaring that it is short on focus and fails to address the flagging productivity of the country’s public sector.

Sir Tom Hunter branded the long-awaited document as a “long wish list with no magic wand to deliver it”, noting that more attention should have been paid to the views of people who create the jobs and prosperity that underpin the economy.

PORT of Cromarty Firth in the Highlands expects to welcome a record number of cruise ships this year as the tourism industry recovers from the slump caused by the pandemic.

The Anthem of the Seas cruise liner in Port of Cromarty Firth, Invergordon, in August 2021 Picture: Malcolm McCurrach

Some 115 vessels, carrying around 200,000 passengers, are scheduled to call at the port in Invergordon in what will be the first full season since the start of the Covid-19 pandemic in 2020.

​Ayrshire bakery business up for sale for more than £500,000

A FOURTH-generation retail and wholesale bakery business in Ayr and Prestwick is being sold as a result of current owner David Murray’s impending retirement, with offers of more than £500,000 being sought.

Shepherd Chartered Surveyors has been appointed to sell the business, which was established by the Murray family in 1929.

A NEW luxury housing development in Glasgow has sold out of all properties in 12 weeks. 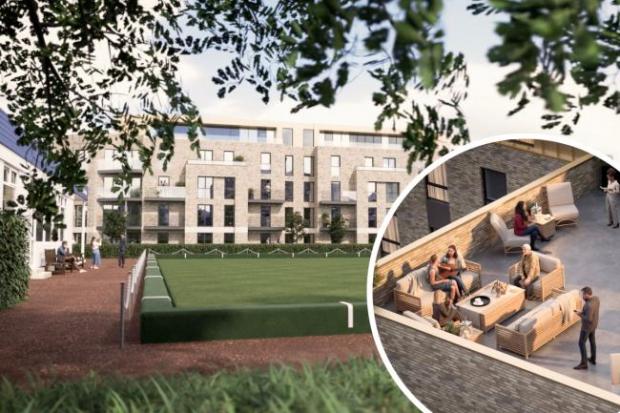 More than 1,000 applicants registered interest with agent Savills for the chance to buy a property at the 34-apartment, Kelvin Properties-built Waverley Park development in Shawlands.

Mark Williamson: The case for investing in North Sea fields is clear amid Ukraine crisis