All Covid travel curbs could be axed in DAYS… just in time for Easter!


All Covid travel curbs could be axed in DAYS to bring back frictionless flights for first time since start of pandemic… and it’s just in time for Easter!

By David Churchill Transport Editor For The Daily Mail


All Covid travel restrictions could be scrapped in days under plans being considered by ministers.

The deeply unpopular passenger locator forms are expected to be ditched at a scheduled committee meeting of Cabinet ministers next week.

They will also consider dropping testing for unvaccinated passengers.

The plans would bring back frictionless travel for the first time since the start of the pandemic – just in time for the busy Easter holidays next month.

The ravaged travel industry hailed the prospect of the remaining restrictions being abolished. 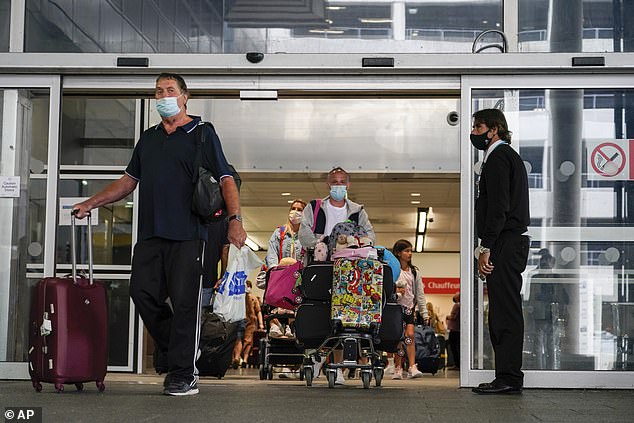 Passengers arrive at Gatwick Airport. Requirements for people arriving into the country to fill out deeply unpopular passenger locator forms are expected to be dropped at a Cabinet meeting next week

As it stands, only fully vaccinated arrivals can enter the UK without the need for tests.

But they must fill in a passenger locator form within 72 hours of travel, sharing their address, phone number, passport and flight details.

The forms were launched two years ago – when arrivals had to quarantine at home – to help check if travellers were following the rules.

Transport Secretary Grant Shapps has been pushing to scrap them in time for Easter.

Belgium is scrapping its own form on Friday while Greece is ditching its version next week.

Unvaccinated UK arrivals currently have to take a rapid pre-departure test within 48 hours of travel and a costly PCR swab by day two. 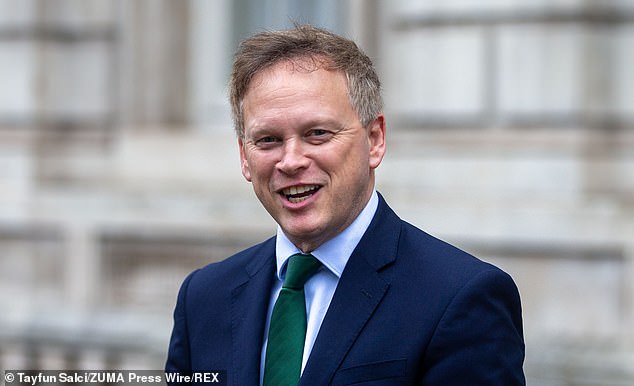 Transport Secretary Grant Shapps, pictured here outside the Cabinet Office, has been pushing to scrap Covid entry rules by Easter

However, next week’s ‘Covid-O’ (Covid Operations) meeting could be postponed due to events in Ukraine, and health officials will need to be won over.

He told the Daily Mail: ‘It’s a shambles. They should ditch it, it’s completely irrelevant. Nobody collects them, nobody checks them or follows up on them.

‘They were designed to pretend that the politicians were doing something to protect people.’ 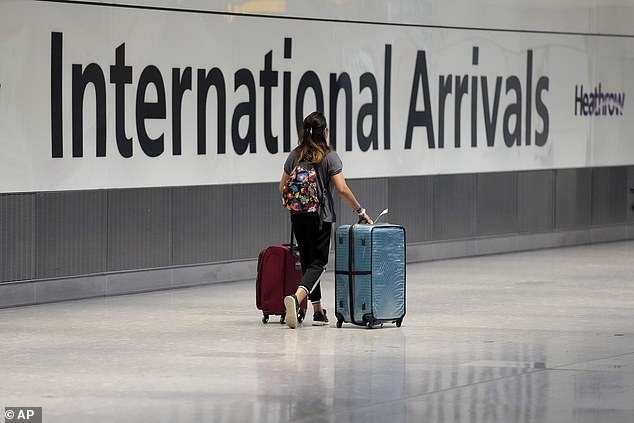 A passenger arrives at Heathrow’s Terminal 5. The aviation industry has welcomed reports that passenger locator forms will be dropped

Paul Charles, boss of travel consultancy The PC Agency, said: ‘This hopefully sounds the death knell of the passenger locator form, which has been a terrible barrier to people booking holidays…

‘This April is due to be the strongest for the travel industry for over two years and my word how it needs it.’

Flight bookings have already surged since the UK dropped tests for fully vaccinated arrivals on February 11, even returning to pre-pandemic levels for some destinations. Easter could boost bookings even further.

A Government spokesman said: ‘We keep all measures under review, including the ongoing use of the passenger locator form, and will be updating on our contingency plans to fight any new variants ahead of Easter.’