How to Think About Science and Its Application


Something is either right or wrong. Right?

An essay in The New York Times, “Joe Rogan Is a Drop in the Ocean of Medical Misinformation,” made an excellent point in discussing the sea of health-related misinformation that is swirling around us: Deliberate, flagrant medical falsehoods, while potentially extremely harmful, are low-hanging fruit. Sure, there is a lot of wildly incorrect information out there. But that’s just the newsworthy tip of the iceberg. Its elimination will not solve problems created by less sensational claims about preventives or cures that have some connection to science but are not yet quite ready for primetime. 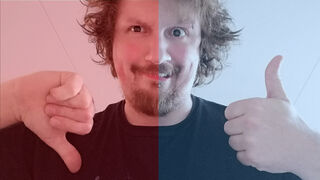 Is information either good or bad? One tool of cognitive-behavioral psychotherapy involves getting at the dysfunctional beliefs and thinking styles that are often the root of emotional problems. Among them is dichotomous, black-and-white thinking. The informational flood swirling around high-stakes developments like the pandemic creates and fuels a sense of uncertainty, generating a desire for simplicity. We badly want information to be clearly identifiable as either good or bad—a craving that may, at times, lead us astray. Dividing the sea of health-related information into “good” and “bad,” though satisfying, can be misleading. It can hinder our efforts to crawl out of the water and onto the Land of Truth.

Sure, Follow the Science—But What Follows Typically Is Not, Itself, Science

Research findings do not directly solve societal, or individual problems. What comes between science and effective solutions? Engineers, technicians, and manufacturers play essential roles, using knowledge to build practical, effective products and services. So do the advisors and decision-makers who recommend or mandate their dissemination, who may have scientific expertise but are also politicians, administrators, and budget managers. There are forces at work other than faithfulness to science. But even if there weren’t, science is about general laws and principles. These can describe and explain the operation and effects of, say, lift, gravity, thrust, and drag, which are responsible for flight. But they won’t tell you whether your plane will be delayed, if your kite will get caught in a tree, or if the balled-up piece of paper you toss will miss the trash can, much less do they reveal how to prevent those outcomes.

Science’s Most Unforgiving Critic Is Science

Science is the worst way to arrive at truth except for all the alternatives. Scientists disagree, studies are often flawed, and progress occurs in fits and starts. Scientific theory is provisional. One way it works is by surviving efforts to disconfirm it. For some theories to survive and flourish, others must die.

Science’s self-critical tendencies have spawned debates about statistical methods for determining whether a given research finding is significant, with some experts arguing that we should do away with the term “significant.” There is also disagreement about the validity of techniques for synthesizing findings from multiple studies of the same phenomenon. “Questionable research practices” is now an area of scientific research. Many believe science is experiencing a “replication crisis” in which a greater than expected proportion of reported scientific findings appear not to be reproducible. 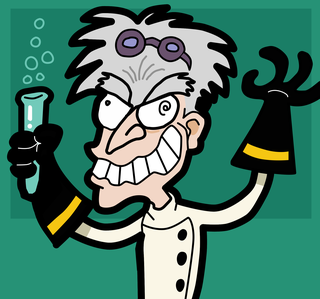 Crisis or not, whether a particular area of science has developed to the point where it should be used as a guide to individual action or public policy is not revealed by the contents of a test tube turning a particular color, followed by shouts of “Eureka.” When all is said and done, it is a matter of intersubjective agreement among imperfect humans. And a leap of faith.

The Perfect, the Imperfect, and the Ugly

Lacking a realistic view of how science works can set us up for disappointment, or worse. Returning to cognitive-behavioral theory, the either-or thinking that may underlie psychological problems is often accompanied by unrealistically high standards for self-evaluation. This combination can translate into the depressogenic belief that, if I am not a rousing success, I must be an abysmal failure. But what if this thinking is directed at science? And we glimpse feet of clay beneath the lab coat? If we start out with perfectionist beliefs in which science is a font of absolute truths, disagreement among experts or misapplications of findings may move us too far in the opposite direction, in which scientists are just like all those other hucksters out there–advertisers, politicians, and the proverbial used-car salesmen. Or worse, because of the pretense of perfection. When policy based in part on scientific knowledge is enacted our initial reaction should neither be reflexive praise nor an impulse to bury it.

The words we use to describe the products of biomedical science contribute to this problem. For example, the Center for Disease Control and Prevention recently decided to stop using the word “immunization” and instead refer to “vaccination.” This was based on the concern that “immunity” implies complete protection, which is an unrealistic promise. The protection afforded by COVID vaccines is probabilistic, as is the vulnerability to COVID that comes with failing to get vaccinated. The same applies to decisions about masking mandates and quarantine guidelines. A single celebrity experiencing a breakthrough infection, and the many anonymous millions of non-vaccinated people that have not contracted the virus, no more invalidate the underlying science than a lethal car accident invalidates traffic lights, speed limits, and seat belts.

So This May Not Be Rocket Science, but It’s Science-Based

I attended a research talk recently in which the speaker repeatedly claimed that “everything I am saying is science-based.” This struck me as a tell, in the same way people sometimes precede a questionable statement with “frankly,” “in all honesty,” or “to tell you the truth.” The talk included not only descriptions of research findings and possible theoretical implications, but assertions about particular ways to implement those findings in one’s personal life to achieve desired results. Science should not be held solely responsible for every attempt to put its discoveries into practice. The recommender should share that particular hot seat.

The Tide Is Rising 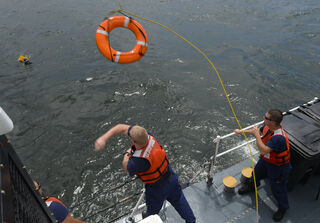 That New York Times piece was on the mark in referring to “an ocean of medical misinformation.” We are swimming in it. Science may have created the knowledge needed to create an effective life preserver, but it is also responsible for much of the ocean. Without science, we drown; but whether we sink or swim depends on a whole lot more.