Train delays and cancellations are every commuter’s biggest bug bear.

But those relentless hold-ups would surely be minimised if there was a locomotive that never needed to stop to refuel or recharge because it had a constant power source.

And that’s just what scientists are developing with the help of a £38 million ($50 million) budget.

Their task is to create the world’s first ‘Infinity Train’, powered by the force of gravity, which will then be rolled out to a rail network later this decade.

It will run on an electric battery that won’t need to be recharged using conventional charging infrastructure because it will instead harness gravitational energy on downhill sections of a track.

The friction of braking to slow the train will re-generate electricity and theoretically mean the locomotive could transport materials and one day people without having to stop.

This echoes the 2013 post-apocalyptic science fiction movie Snowpiercer, where the Earth has frozen and a train carrying survivors must stay in perpetual motion circling the globe. 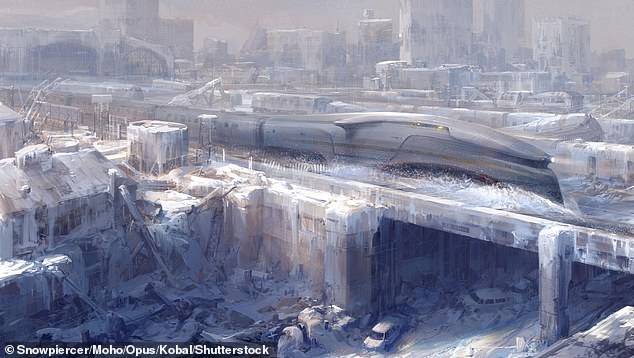 The idea echoes the 2013 post-apocalyptic science fiction film Snowpiercer (pictured), where the Earth has frozen and a train carrying survivors must stay in perpetual motion

HOW WOULD THE INFINITY TRAIN WORK?

1. The train is powered by an electric battery

2. This is recharged using the gravitational energy generated on the downhill sections of a rail network

3. The friction of braking to slow the train re-generates electricity

4. This is the same way that hybrid electric cars work

5. It removes the need for recharging infrastructure and would lead to the elimination of diesel

The Australian engineering company behind the plan, Fortescue Future Industries, said it would also remove the need for any trains to be powered by diesel.

It works in the same way that hybrid electric cars are powered.

The firm announced the train following its acquisition of UK-based battery firm Williams Advanced Engineering (WAE), which was born out of Williams F1 in 2010.

Together, the two companies will work to accelerate the transition to green energy and help the industry cut carbon emissions to zero by the end of the decade.

‘The Infinity Train will join Fortescue’s green fleet under development and will contribute to Fortescue becoming a major player in the growing global market for green industrial transport equipment, providing great value for our shareholders,’ said Dr Andrew Forrest, Fortescue’s founder and chairman.

‘To move business leaders and politicians globally to the realisation that fossil fuel is just one source of energy and there are others now, like gravitational energy, rapidly emerging, which are more efficient, lower cost and green. 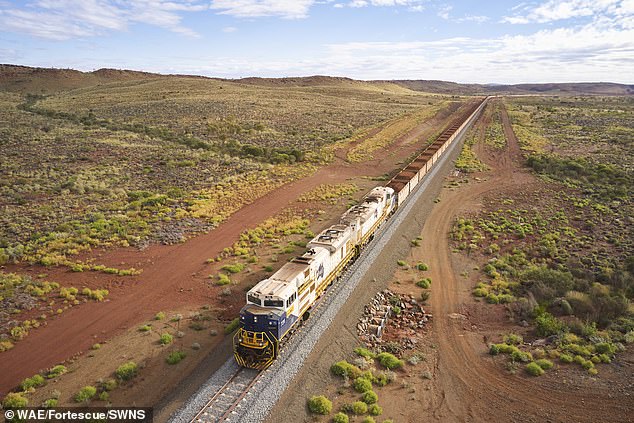 Fortescue said its rail operations (pictured) currently include 54 locomotives that haul 16 train sets, together with other on-track mobile equipment 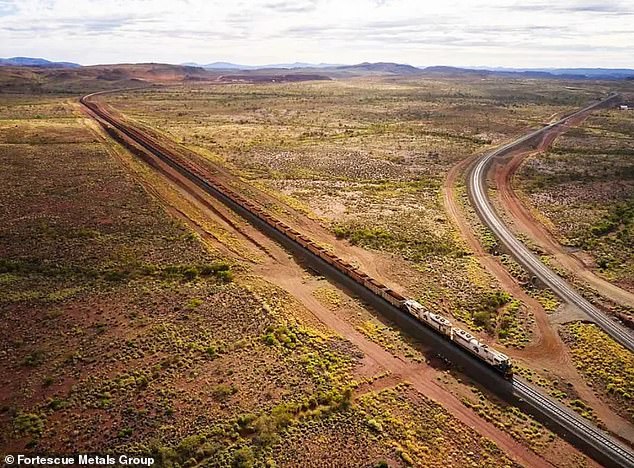 Scientists understand that there are four fundamental forces that act on all things in the universe:

Gravity is an attractive force that acts on all things, but has a stronger pull on larger objects.

The force is so weak that huge celestial objects are required to have a meaningful impact.

For example, the attraction on Earth is just sufficient to keep humans grounded.

Although it is understood how it works, the workings of how it operated are a mystery.

Scientists have long speculated about the existence of a fundamental particle called the ‘graviton’ which is responsible for the force.

Despite its theoretical logic, the particle is yet to be discovered.

On Earth the force of gravity is measured at 9.8m/s^2.

‘The world must, and clearly can, move on from its highly polluting, deadly-if-not-stopped epoch of fossil fuel.’

Fortescue said its rail operations include 54 locomotives that haul 16 train sets, together with other on-track mobile equipment.

The system currently relies on diesel engines, which consume 82 million litres of fuel every year.

The company hopes to dramatically cut that usage and eventually phase it out completely within the next several years with the help of the Infinity Train.

‘The Infinity Train has the capacity to be the world’s most efficient battery-electric locomotive,’ said Fortescue CEO Elizabeth Gaines.

‘The regeneration of electricity on the downhill loaded sections will remove the need for the installation of renewable energy generation and recharging infrastructure, making it a capital efficient solution for eliminating diesel and emissions from our rail operations.’

But even if engineers do succeed in harnessing the technology to create the Infinity Train, it may take months or even years for other railways to implement it.

Not only that, but it won’t stop train delays because of weather or leaves on the line, unlike a new piece of technology being trialled.

Dry ice will be blasted onto railway lines across northern England as part of the initiative that is aimed at reducing delays caused by leaves on the track.

The leaf-clearing device, pioneered by British engineers, could be rolled out across the whole of the UK by 2024.

It has been developed by experts at the University of Sheffield and is currently being trialled by operator Northern on a passenger train.

In a similar way to black ice on roads, leaves cause a slippery layer on railway lines that forces trains to run at slower speeds, leading to delays.

Under the new method, which aims to remove leaves more efficiently than current techniques, pellets of dry ice are fired in a stream of air from a passenger train onto rails, making leaves frozen and brittle.

The dry ice then quickly turns back into gas, causing it to expand and destroy the leaves. 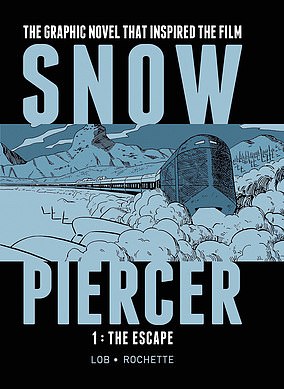 Pictured: the cover of Snowpiercer Vol 1.

Both the 2013 Snowpiercer film and recent Netflix TV reboot are based on a series of graphic novels originally published in French in 1982 under the title of ‘Le Transperceneige’.

In all the stories — which differ in specific plots — the last survivors of humanity seek refuge on the titular ‘Snowpiercer’, a constantly global-circumnavigating train, in the wake of a climatic disaster.

Both the comics and the film concern the efforts of ‘tail-end’ passengers — the lower-class individuals at the back of the train — to fight their way forward to the engine at the front.

The Snowpiercer — a precariously balance ecosystem in its own right — harbours myriad environments, from the grungy tail-end and security section through to lavish arboretums, nightclubs, aquariums and restaurants.

Alongside exploring issues of class differences, Snowpiercer can be read as a wider analogy for the seemingly inevitable but unsustainable nature of modern-day capitalism.