It has led to a 700 PER CENT increase in visitors to Counter Terrorism Policing’s online careers pages.

Head of CTP, Matt Jukes, said: “Even the most meticulous crime drama doesn’t capture exactly what it’s like to be a police officer, but these shows do give viewers an insight into the world of policing.

“The teamwork, the passion, the complex challenges — and of course, the mission of keeping the public safe does closely mirror real life. That’s what we do every single day, not just once a week on a Sunday night.”

The UK has 11 regional counter-terrorism units and intelligence units. These collaborate to confront terrorist threats and have officers and staff working in a range of specialist roles, such as investigations, forensics, digital exploitation, financial inquiries, community liaison and communications. 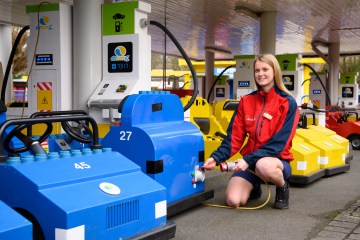 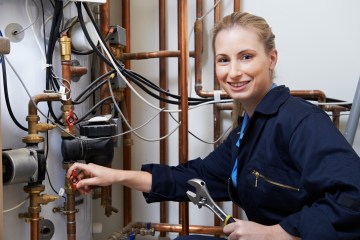 As well as frontline roles, civilian jobs are available supporting operations, such as being an intelligence analyst — like Luke.

The 26-year-old — whose identity we are protecting — decid­ed to join CTP after watching the 2017 London Bridge terror attack on TV.

Previously a charity data analyst, he said: “I had no background in policing. I’d studied something complet­ely unrelated at university.

“I applied with no idea whether I’d really have a shout, but I’ve been here three years and I love it.

“My role is helping develop intelligence to support police decision-making, so investigators can take action against those who might be a threat to the public. Every role is different, some mean you have access to sensitive material so you need security vetting.

“As a civilian member of staff, I’m not on the front line, but we are still dealing with difficult scenarios, com­plex issues and information.

“Everyone I work with really does care about their job and making a difference. To do our job you’ve got to be committed and in it for the right reasons.”

Matt Jukes added: “People can be part of the action in real life if they have the skills and commitment needed to pursue a career in counter-terrorism or specialist policing.”

How to work it all out

ALMOST half a million employees resign each year due to workplace conflict.

Arbitration service Acas estimates it costs UK firms £28.5billion annually, an average of just over £1,000 for every staff member.

TUNE in to a TV career thanks to a helping hand from the Royal Television Society.

Its digital innovation bursary is open to students from lower-income backgrounds studying Level 5 or 6 HND courses, or an undergraduate degree in ­science, technology, engineering or maths.

The television production and journalism bursary has been extended for those studying any subject for a degree or HND Level 5 or 6 course.

RTS chief executive Theresa Wise said: “With 80 per cent of our graduates employed in the industry, our partners are delighted with the quality and new perspectives they bring.”

MORE than 100 companies have pledged to hire Ukrainian refugees when they arrive in the UK.

The initiative, launched by Emma Sinclair, of software corporation Enterprise Alumni, has seen firms as diverse as pharmaceutical giant AstraZeneca and food producer Bernard Matthews get ready to offer jobs to those fleeing the war zone.

Among the largest hirers is Aldi, which has 8,000 jobs on offer. Kelly Stokes, recruitment director at Aldi UK, said: “We stand by the people of Ukraine and want to offer employment opportunities for those seeking refuge in the UK.

“By working with the Government, partners and other employers, we hope to help as many people as possible and provide much-needed stability and security in their lives.”