As the cost of living in the UK continues to rise steeply, the support offered by local food banks will be needed by more people than ever before.

To support Margate Independent Food Bank with the increasing demand for its services, Thanet artist Twinkle Troughton is organising the fourth in a series of art sales to raise funds for the food bank as they continue to work for those struggling the most.

John Finnegan, co-founder of Margate Independent Food Bank says the team has seen a huge jump in the numbers of people needing help since the beginning of March.

He said: “We have seen a 25% increase in the number of families using the Community Shop and asking for help and support. This, I am afraid, is only going to get worse over the coming months and years.”

Artists from around the UK have donated artworks for the sale which will take place at Cliffs on Northdown Road on March 24 from 5.30pm-8.30pm, with people being invited to come along and make a donation, then take away a piece of art.

Twinkle said: “There is no minimum donation set, we want the artwork to be affordable for all. As all the money raised is donated to Margate Independent Food Bank, people are often as generous as their wallets will allow them to be, and for that we are always grateful.”

With the world focusing on supporting those impacted by the war in Ukraine, Twinkle says she was unsure whether the time was right for an art sale for a local cause, adding: “I didn’t know whether to postpone, but the cost of living is soaring in the UK and is set to get worse, and so food banks are still going to need our help as the demand for their support increases. So, it’s on with the show. 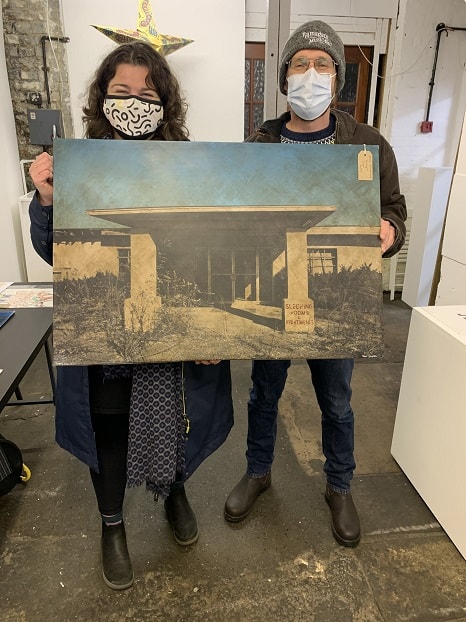 “I would like to sincerely thank all the artists involved for their generosity. Artists are incredible at giving away their work to support local and global causes, and we are lucky to have so many who want to help our local food bank here in Margate.”

The full list of artworks can be found at https://twinkletroughton.blogspot.com/2022/03/art-sale-for-margate-independent-food.html