It’s first versus second in the Premier League on Sunday when Manchester City host Liverpool, but are they also the two best teams in the world?

“They absolutely are at the moment,” said BBC football expert and former Reds defender Mark Lawrenson. “They are head and shoulders above everyone else.

“This game is the new Barcelona versus Real Madrid in terms of the level both sides are at, and the global audience they will bring in. Can you imagine how may people are going to watch this game, with the title at stake?

“Whether it is City or Liverpool who wins the league from here, it is a massive achievement because they will have beaten a world-class side to do it.

“Between them, these two teams have seriously improved the standard of the Premier League in the past few years and Pep Guardiola and Jurgen Klopp have influenced a lot of other managers who have copied their style of play.

“We are very lucky to have them both here, going toe-to-toe with one another.”

Lawro is making predictions for all 380 top-flight matches this season, against a variety of guests.

The Stockport band released their latest single, The Sulking Poet, at the end of March and their new album, Ribbon Around The Bomb, is released later this month.

Tom and Joe were both City season-ticket holders at Etihad Stadium before Blossoms’ touring commitments took over, and they are ready for another tense afternoon against Liverpool on Sunday.

“We have got such a strong squad, but the inner pessimist in me means I always have a slight bit of worry when it gets to these big games,” Tom told BBC Sport.

“I am going to be confident this time, though. I think we can do it and beat them.

“We’ve had a great season so far – Phil Foden has been brilliant again, so has Riyad Mahrez – and Kevin de Bruyne is still as consistent as ever.

“This is a massive game but, however things pan out for us from here, you just really have to live in the moment and enjoy it because this is a great time to be a City fan.”

Joe is also backing the Blues to come out on top against their biggest rivals.

“I just think, in any game, if City turn up then we can beat any team,” he explained. “I really do think that, because we are that good.

“When we turn up and play to the best of our ability then there is no team who can stand in our way.

“I know it won’t be easy on Sunday, though, and it is so close in the title race, this is almost like knockout football now.

“Form and everything else goes out of the window, because you know how much it means to both teams. Anything can happen, but you just have to cross your fingers and hope we do turn up and play the way we can do.”

A correct result (picking a win, draw or defeat) is worth 10 points. The exact score earns 40 points.

Games kick off at 15:00 BST unless otherwise stated. 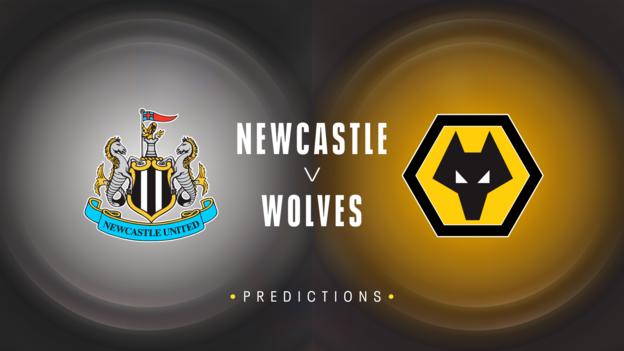 I spoke last week about how Newcastle might have lost a little bit of their focus after that great run at the start of the year that lifted them away from the bottom three.

The Magpies lost again, and heavily, at Tottenham last weekend and the worry is that they can’t respond again.

They have improved, and I don’t think they will get sucked back into the relegation scrap but they are not out of danger yet. The longer they keep on losing games, the more questions will be asked.

It’s going to be tough for Newcastle on Friday too, because Wolves have picked up again after having a little blip.

Bruno Lage’s side are still only on the fringes of the race for fourth place, but they can definitely make a European place and I wouldn’t be surprised to see them end the season strongly.

Tom’s prediction: This will be close but Newcastle will win it, just about. 1-0

Joe’s prediction: Yes, close and scrappy – but I’m going with Newcastle too. 1-0 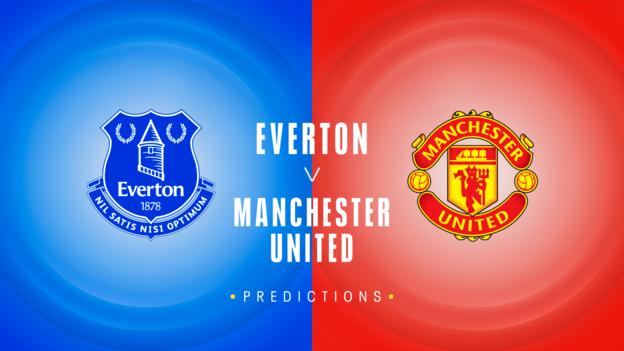 I watched Everton in their defeat against Burnley on Wednesday and there is nothing wrong with their effort and attitude. They work extremely hard and you can see what it means to them.

Unfortunately for the Toffees, they are lacking quality when it matters – at both ends.

You can’t just blame their problems on their defence, although they are obviously struggling massively there. They had chances to score more goals when they were 2-1 up against Burnley, but they didn’t take them and paid the price. 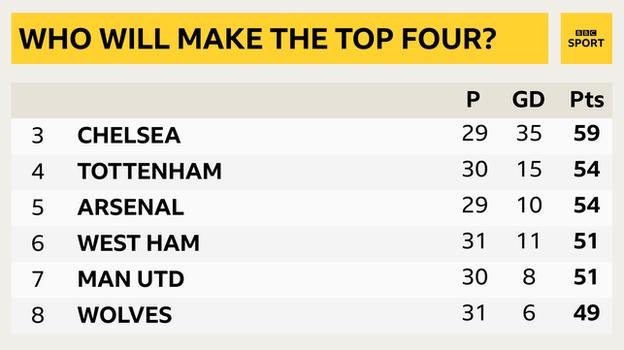 There is still hope for Everton, though, starting on Saturday. Their home form means they will be more confident at Goodison and Manchester United are still horribly inconsistent.

Everton fans know relegation is a really serious prospect and I think they will raise the roof. It almost got their side something against Manchester City a few weeks back, when they played extremely well, and it will really help them this time too.

United are the better team, but Everton have to treat this like a cup tie and throw everything at it.

Trying to keep 11 men on the pitch would be handy, because a lack of discipline has been another of the Toffees’ recent problems, but they will have to be feisty to get anything from the game.

Tom’s prediction: Everton need a win here, because it’s not looking good for them. I think they might turn up. 2-1

Joe’s prediction: United’s poor form means they need to get something out of this one. It feels like Everton might be starting to lose hope a little bit. 1-1 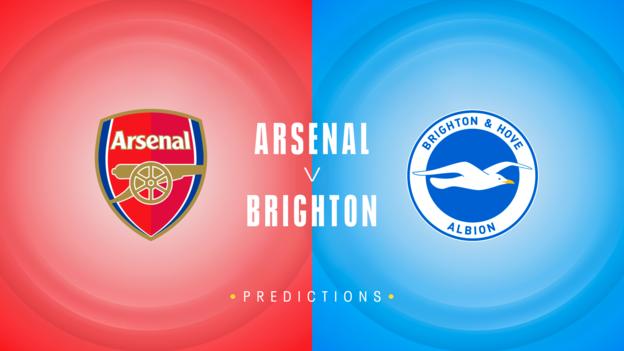 Arsenal kind of reverted to type in their defeat by Crystal Palace on Monday because they didn’t just lose, they got taken apart.

That must be a worry for Gunners boss Mikel Arteta, but this looks like the ideal game for his side to bounce back.

Brighton ended their run of six consecutive defeats with a draw at Norwich last time out but they still can’t score goals. They won’t be rolled over, but I don’t see them getting anything here.

Tom’s prediction: I’ve got to go with Arsenal here. 2-0

Joe’s prediction: Arsenal found it difficult against Palace, but then so did we. This will be very different because Brighton can’t score. 3-0 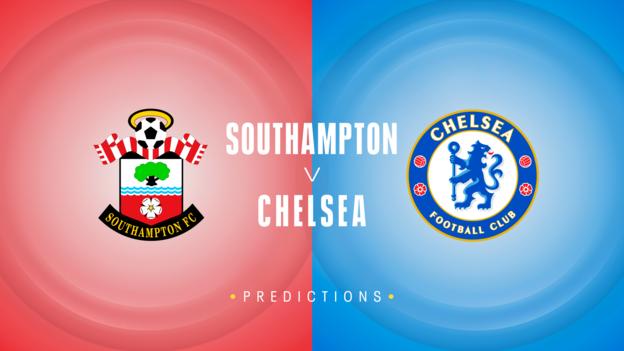 It’s been a bad week for Chelsea, who have conceded seven goals in two home defeats, against Brentford and Real Madrid. I don’t think anyone expected that, especially the 4-1 loss to the Bees.

I am expecting a reaction from Thomas Tuchel’s side, though. Southampton are awkward opponents but Chelsea have a point to prove.

Joe’s prediction: Really? I’m going with Southampton to scrape it. 1-0 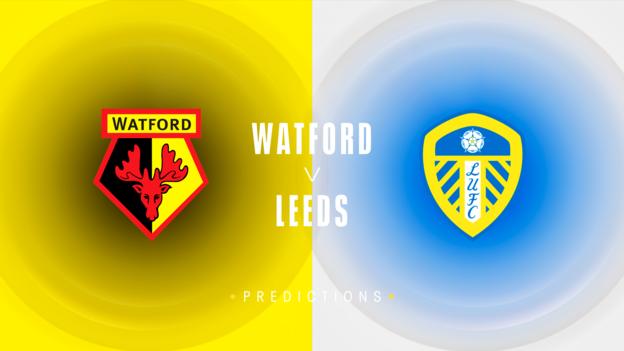 It’s not away from home where Watford are really struggling though – they have lost their past eight league games at Vicarage Road since beating Manchester United 4-1 in November, and have the worst home record in the top flight.

If they are going to stay up then that needs to change, and quickly, because five of their remaining eight games are at their place, starting with this one.

I actually think Leeds will beat them, though, because they seem to have got their mojo back.

Jesse Marsch has done extremely well since taking charge and picked up seven points from their past three games. Another win here would make them pretty much safe.

Kalvin Phillips should be able to play more of a part – and maybe even start – after coming off the bench in last week’s draw with Southampton. His return to fitness is definitely going to help. 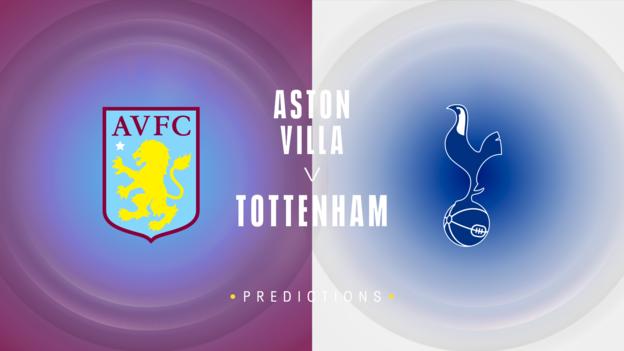 Tottenham have got momentum now, while Aston Villa have lost all of theirs after suffering three defeats in a row.

Philippe Coutinho has been quiet of late, and Villa need to find a way of getting him involved more if they are going to trouble Tottenham.

A Spurs slip-up is always just around the corner, but when Harry Kane is playing the way he is, they are extremely dangerous.

Joe’s prediction: Spurs to win and Kane will probably score both. 0-2 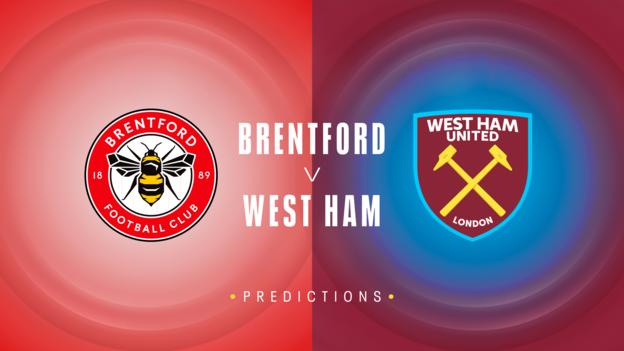 Brentford’s win at Chelsea was just spectacular and Christian Eriksen has clearly made a massive difference to their whole team. His influence goes far beyond any goals or assists.

I always thought the Bees would get out of trouble at the bottom of the table anyway, even when they were on that terrible run at the turn of the year, but signing a world-class midfielder in January has obviously helped.

West Ham have got two big games this week, home and away against Lyon in the Europa League quarter-finals. David Moyes does not have the biggest of squads, and I think Europe is his priority now. 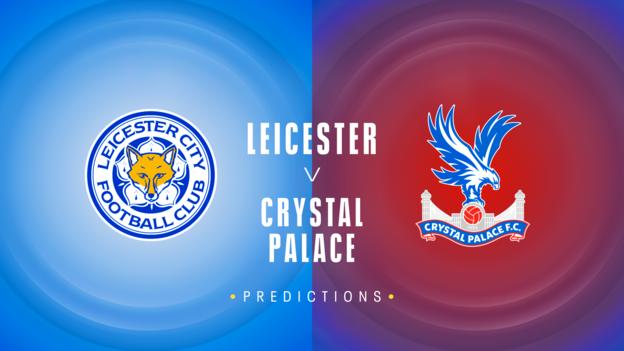 Crystal Palace have been one of the teams of the season. They are still very hard to break down, but they have got real attacking talent too.

They are very easy on the eye when you watch them and Eagles boss Patrick Vieira deserves a lot of credit for the job he has done.

Vieira inherited a team that played on the back foot when he took over from Roy Hodgson last summer and he has turned them into a side who play on the front foot.

This should be an excellent game, because Leicester are attack-minded too. They will have a real go at them, but Palace are full of confidence at the moment.

Joe’s prediction: Really? I reckon Palace might do it, again. 1-2 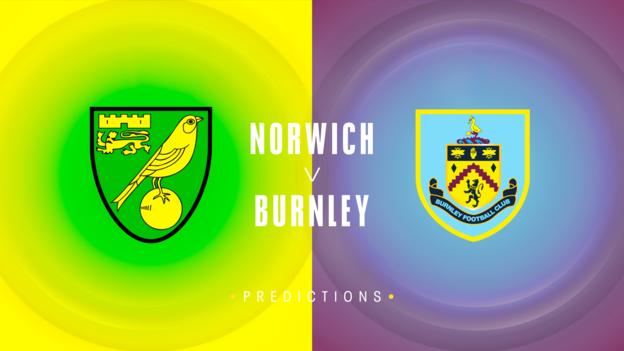 Burnley got a great win over Everton on Wednesday and I just think they will carry that into the weekend, and get another big result off the back of that one.

The points were the main thing for the Clarets against Everton, but what impressed me about their performance was the way they kept going, even at 2-1 down.

They are still in trouble, but the key thing is they have been in this situation before.

So have Norwich, but they have left themselves too much to do to get out of the bottom three from here. 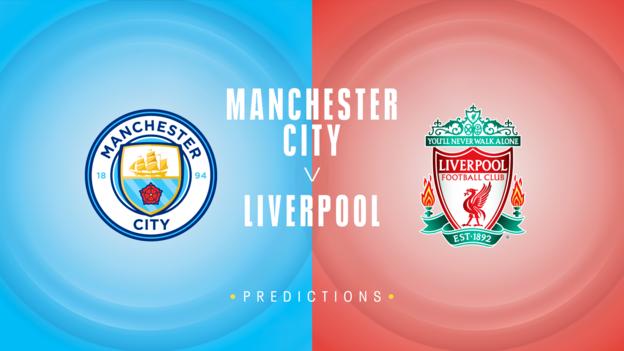 This is the big one. I am expecting a good game because you don’t get anything else with two teams as talented as these, and with the way they both play.

At different times, one team or the other will be on top – it will just come down to who can take their chances when they come. It will be close, and there will be a few goals.

I don’t see it as a title decider because there are still seven games to go after this. Whoever wins, the pressure is still on, but I am going for a draw anyway.

Tom’s prediction: You set yourself up for a fall when you make a call like this, but I think we will do it. 1-0

How did Lawro do last time?

Last weekend, Lawro got five correct results from 10 matches, including three exact scores, for a total of 140 points.

He beat actor Jim Piddock, who also got five correct results from 10 matches, but with no exact scores, for a total of 50 points.

There was one rearranged Premier League games played on Wednesday night, Burnley v Everton, which saw Lawro and his guests from week 19, Roland and Curt from Tears for Fears, make the following prediction:

None of them picked up any points after the Clarets’ last-gasp victory. That was the final game to be played from that set of fixtures and Lawro claims the victory. He has 80 points, Curt has 50 and Roland is on 40.