The stakes were high when Sarina Wiegman took on the England job in September 2021.

Never before had the FA appointed a women’s manager with established international pedigree, let alone one with major tournament-winning credentials.

The risk was shared by all parties. The expectation was immediately heightened, and with only 10 short months to embed an entirely new philosophy ahead of a European Championship in the spotlight of home crowds, the decision had to be the correct one.

Wiegman herself had to weigh up leaving her Dutch homeland and a squad she had guided to continental success in 2017, in favour of managing abroad for the very first time and implementing her European strategy on a side that had only ever previously been overseen by English coaches – bar a brief interim period in 2021.

The appointment made her the first non-British permanent Lionesses manager, at a time where investment in the domestic game had outgrown the notion that England Women can compete at international tournaments, but were never really discussed as legitimate candidates for silverware. 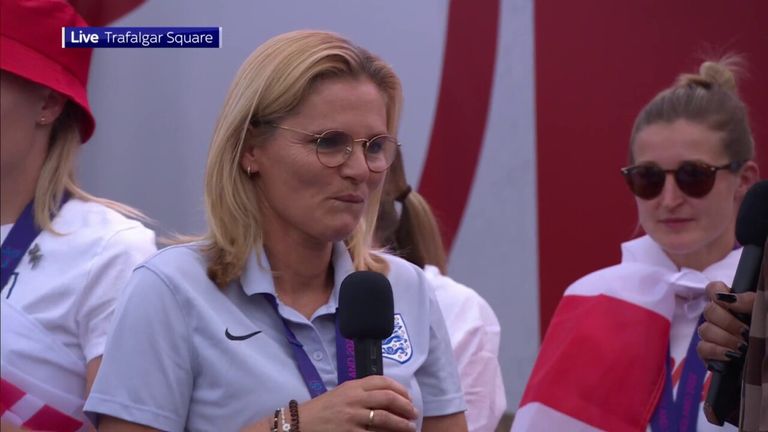 That backdrop has changed significantly and yet Wiegman has remained completely unmoved by the demands of an expectant nation, starved of senior international footballing glory for 56 long years…until now.

The tension, at times, has been palpable and the Dutchwomen gave the 7.9 million viewers who tuned into England’s quarter-final victory over Spain a brief glimpse of what sheer relief looks like at the full-time whistle. But even then, celebrations were momentary – a transitory wave of emotion that was quickly dispelled by pragmatism in her post-match press conference. Wiegman is often understated, both in front and behind the camera. It’s a demeanour that commands respect.

A proverbial glass ceiling had already been cracked by England this summer. Sunday’s final shattered it entirely.

That was Wiegman’s directive. Take England from a team on the periphery of realising their seismic potential and put them front and centre of success on the biggest stages. 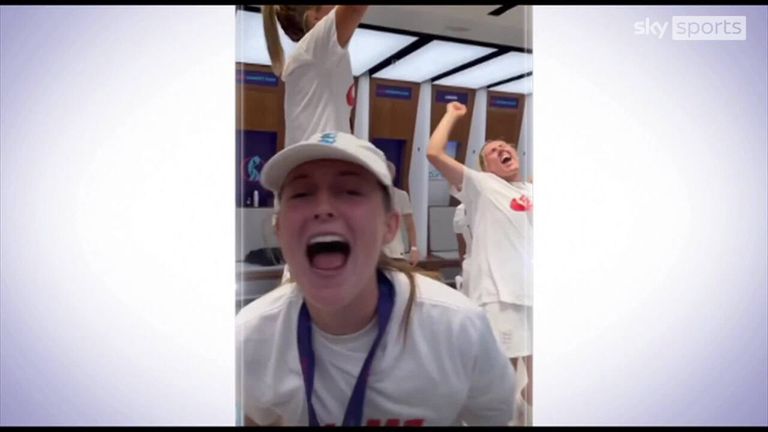 She’s carried that mantle ever since she stepped into the role, but what has followed has surely even surpassed her very own projections. The former ADO Den Haag boss has turned England’s traditionally gloomy summer forecast into one laden with unforgettable moments that have lit up stadia up and down the country – even when the weather has done its best to dampen the occasion.

Generations of football fans, male and female, young and old, will talk about the night the Lionesses tore up European record books by dismantling Norway 8-0. They will rejoice in the sheer elation of Georgia Stanway’s extra-time stunner against the Spanish. They will forever revere the audacity of Alessia Russo’s inspired backheel finish against Sweden – a moment that perfectly encapsulated the impressiveness of the 23-year-old’s breakout tournament.

In truth, this has been England’s breakthrough tournament, spearheaded by Wiegman. This is where they announced themselves as having a permanent seat at the European top table – Chloe Kelly made sure of that.

So have England’s upturn in fortunes been masterminded by a genius tactician, or has their plight been opportunistic, driven by a converging of positive circumstances all at the right time? Or both?

There is no doubt that the 52-year-old’s influence on this squad has been transformative. She has been steadfast in her belief that England were “ready to write history” and become the first women’s team – the second English national side – to win a major tournament trophy. She has since delivered on that promise. Her approach is unlike any predecessor. She makes bold, unflinching decisions that benefit the development of the squad even if they attract scrutiny. Ousting former captain Steph Houghton from her 23-player squad prior to the start of the tournament epitomised her feelings towards sentimentality. Selecting the exact same starting XI to face Northern Ireland in a game where the outcome was purely academic after England had sailed through the group stage serves only to strengthen that conception.

England teams of old, both men’s and women’s, have been accused of sticking to what they know – archaic routine. Not Sarina. Nine of her Euros selection had never played a second of major tournament football prior to July 6. Now they own winners’ medals.

She has endeared herself to the nation. There are no gimmicks, no PR stunts, no clever rhetoric to win over the masses. She wants to win football matches by playing a brand of football that entertains crowds, inspires younger generations, and leaves a lasting imprint on the fabric of the footballing community.

Captain Leah Williamson described Wiegman as the “missing ingredient” in the aftermath of Sunday’s momentous win over old rivals Germany. But the boss will not want praise for her detail-orientated blueprint that secured European glory, she will simply step back and allow the players to revel in their own success. 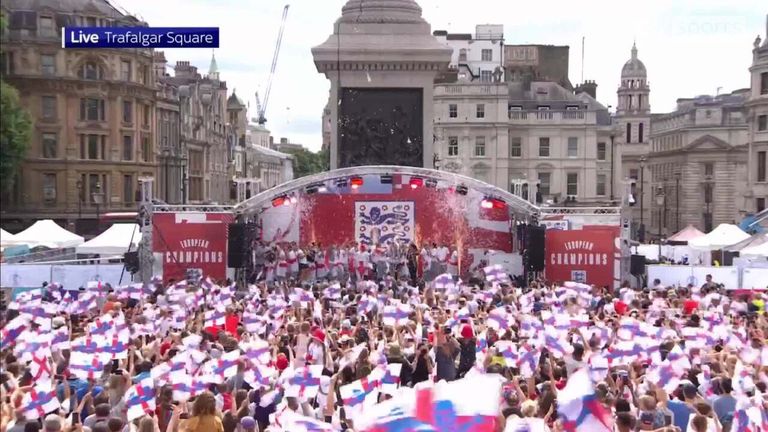 Following a night of celebrations, the Lionesses bring the trophy to Trafalgar Square and treat the thousands of fans to another trophy lift!

Her words are unerring and the impact she’s making with this team has kickstarted a movement – she’s creating a legacy that in her own words has “changed society”. Her name will now be written into English folklore in permanent black ink.

Unafraid of examination – it comes with the job – Wiegman named an unchanged starting XI in every fixture en route to delivering Europe’s highest accolade. In doing so, she became the first coach in Euros history to name the same starting line-up in every game – men or women’s.

When she guided the Netherlands to back-to-back major finals in 2017 and 2019, she made three and five changes to line-ups respectively. When the Dutch were crowned champions on home turf five years ago, she used just 13 players all tournament. It’s straight out of her managerial playbook. 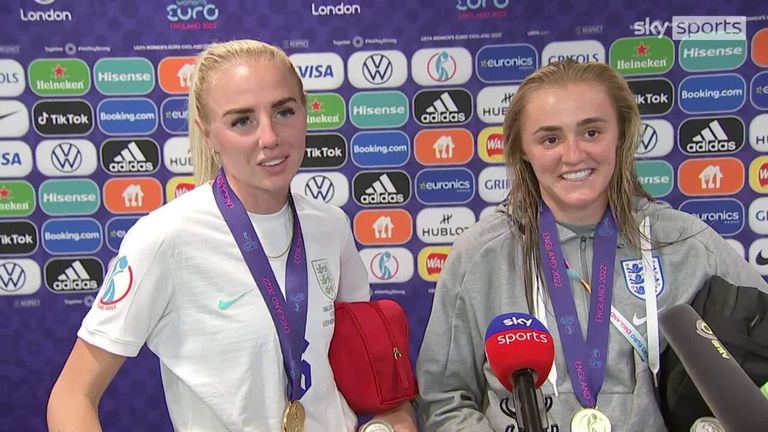 She favours consistency, but more importantly, she knows how to orchestrate this England team.

The age-old proverb applies; ‘never change a winning team’. But that isn’t why England remained unchanged. It’s because Wiegman has utmost faith in the responsibility bestowed upon each player, and their value is no more or less worthy from the substitutes bench. In fact, it’s precisely because each of Russo’s introductions had been so impactful that she didn’t manage to obtain a start all tournament. 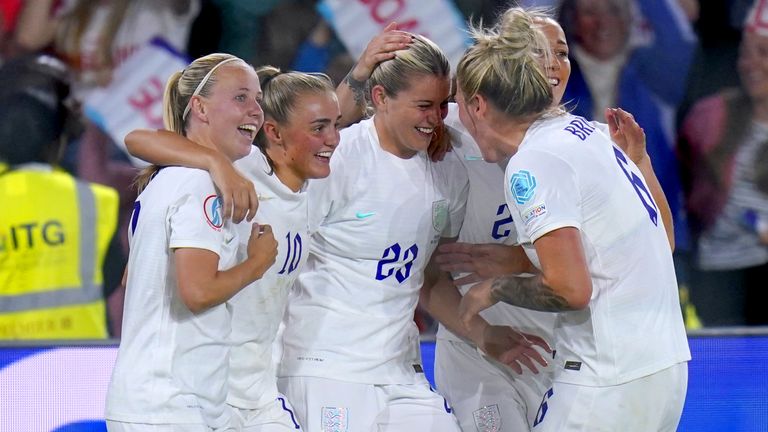 Her title role was ‘super sub’ and she played it to perfection. Don’t forget that Ellen White had run herself into the ground for an hour, displacing defenders and questioning their positional play at every turn, prior to Russo’s timely arrival. That’s the strategy, and it worked. Plan B, C and D are all well-rehearsed and can be unleashed at any time.

Ella Toone’s trajectory is similar. Her entries against Spain and Germany changed the face of those games, and therefore England’s course in the competition. Entrusted with the role of ‘difference maker’, her quality came to the fore exactly when Wiegman needed it most.

Individuals thrived, not least Golden Boot winner Beth Mead who was axed from previous Lionesses squads and Team GB at the Tokyo Olympics based on a perceived lack of form.

When asked about the influence of Wiegman, Euro 2022’s top scorer Mead replied: “She’s brought such a great environment and culture to the team. There’s a lot of clarity in the way we’ve played.” And it’s that identity that has benefited England so greatly.

Wiegman’s “no-nonsense” approach has also helped build greater confidence in performances, midfielder Kiera Walsh explained recently. That’s the very foundation of Dutch principles. The focus is always on England’s strengths, not the opponent’s. That belief has permeated every England display at this tournament, so much so that pundits and bookmakers alike had the Lionesses pegged as favourites to dislodge FIFA’s second-best ranked team in the world, Sweden. They did so in style, before then taking down the most decorated side in the history of women’s European Championships.

Their pressing game has also improved, a hallmark of Wiegman’s continental upbringing. White and Mead have both been the beneficiary of a high press that has led to a turnover of possession and soon after a goal, most notably against Norway.

Russo’s strike against Sweden – a moment of solo magic – was possible because Walsh won the ball deep in Swedish territory before feeding Fran Kirby, who in turn found the intrepid feet of the Man Utd forward. Incidentally, it was a world-class Walsh pass that found Toone breaking the lines in the 62nd minute of Sunday’s final. This squad is packed full of technicians.

Unfazed by the burden of expectation, England were able to rise to the occasion and cap a record-breaking summer of football with their first-ever major honours. Yet Wiegman’s business-like approach has already set sights on next year’s World Cup. “The journey has just begun,” defender Williamson said at a post-Euros celebration event in Trafalgar Square on Monday afternoon. 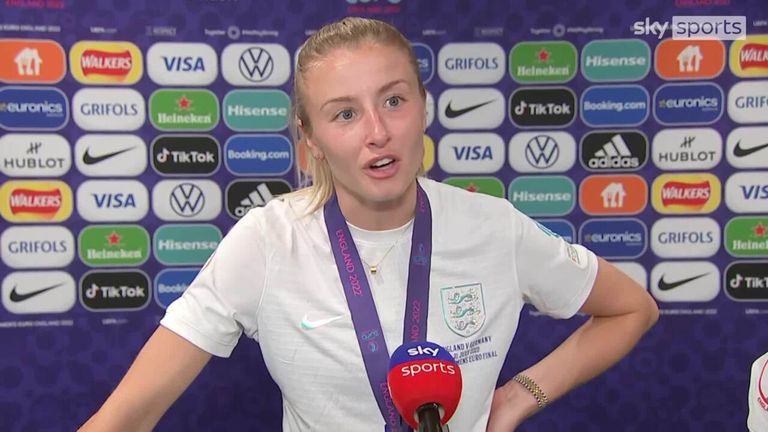 Wiegman has transformed this side into big tournament contenders – and now winners – in less than a year, while also seamlessly managing the pressure amplified by home nation hysteria. If this is what can be achieved in under 12 months, all Lionesses fans have the right to be tremendously optimistic about what the future holds.

But for now, everyone can rest easy, safe in the knowledge that football has once again found its rightful home.