Wesley Fofana is becoming increasingly unsettled at Leicester and feels the club are pricing him out of a move to Chelsea.

The 21-year-old centre-back wants to play in the Champions League to increase his chances of being picked for France at the World Cup this winter.

He wants to follow in the footsteps of Didier Drogba – a player with legendary status in Fofana’s hometown of Marseille – by playing his football at Stamford Bridge.

Fofana is understood to have been under the impression Leicester would listen to any substantial offers for him from Europe’s top clubs, but the Foxes have so far rejected two bids from Chelsea in the region of £60m.

A look back at Wesley Fofana’s Premier League best bits for Leicester City, as he is continually being linked with a switch to Chelsea

Now he is increasingly frustrated after learning the Foxes want a world-record centre-back fee to sell him, Sky Sports News has been told.

The Midlands club are understood to want more than the £80m they sold Harry Maguire for to Manchester United in 2019; considering Fofana to be a better player at his age and with stronger potential.

But Fofana is said to be unhappy at this rationale due to the differences between them and their careers to date.

At the time of his transfer, Maguire was 26 and an established England international, having starred for Gareth Southgate’s side at the 2018 World Cup in Russia, and had three full Premier League seasons under his belt.

In contrast, Fofana is five years younger, not yet capped for France, and has played only one full season in the Premier League – albeit to a very high standard – having suffered a serious injury ahead of the 2021-22 campaign.

Although unsettled, Fofana has and still intends to stay professional by giving his all to Leicester, where he still has five years left on his contract.

He has played the full 90 minutes in both Leicester’s first two games of the season and continues to train with the first team.

But he wants the club to be more realistic, in his view, with their valuation of him and not stand in the way of his dream of emulating Drogba in the Champions League for Chelsea. 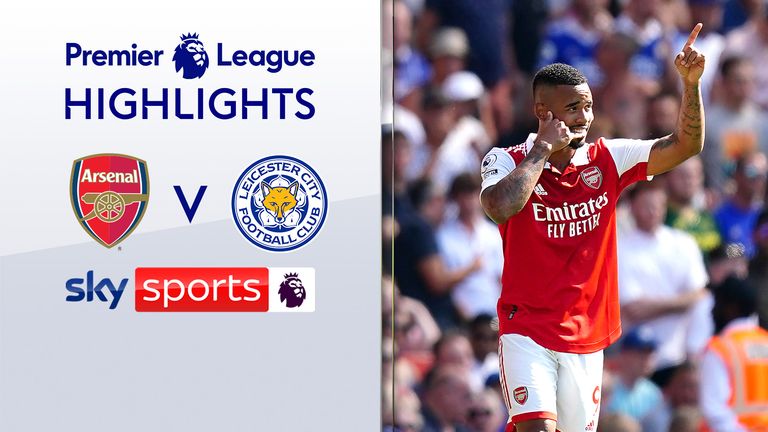 FREE TO WATCH: Highlights from Arsenal’s win against Leicester in the Premier League

After Saturday’s defeat at Arsenal, Brendan Rogers made clear Leicester’s position they are “not looking to sell” Fofana, adding: “Naturally, if there is interest from another club, that is looked at by the club.

“He’s a top young defender and there are not too many around his age. Another year here for him at least would be really important for his development, but he is quite calm and relaxed in the situation.

“He is aware of the interest. He understands where we are as a club and where we see him.”

Who will be on the move this summer before the transfer window closes at 11pm on September 1?

Keep up-to-date with all the latest transfer news and rumours in our dedicated Transfer Centre blog on Sky Sports’ digital platforms. You can also catch up with the ins, outs and analysis on Sky Sports News.