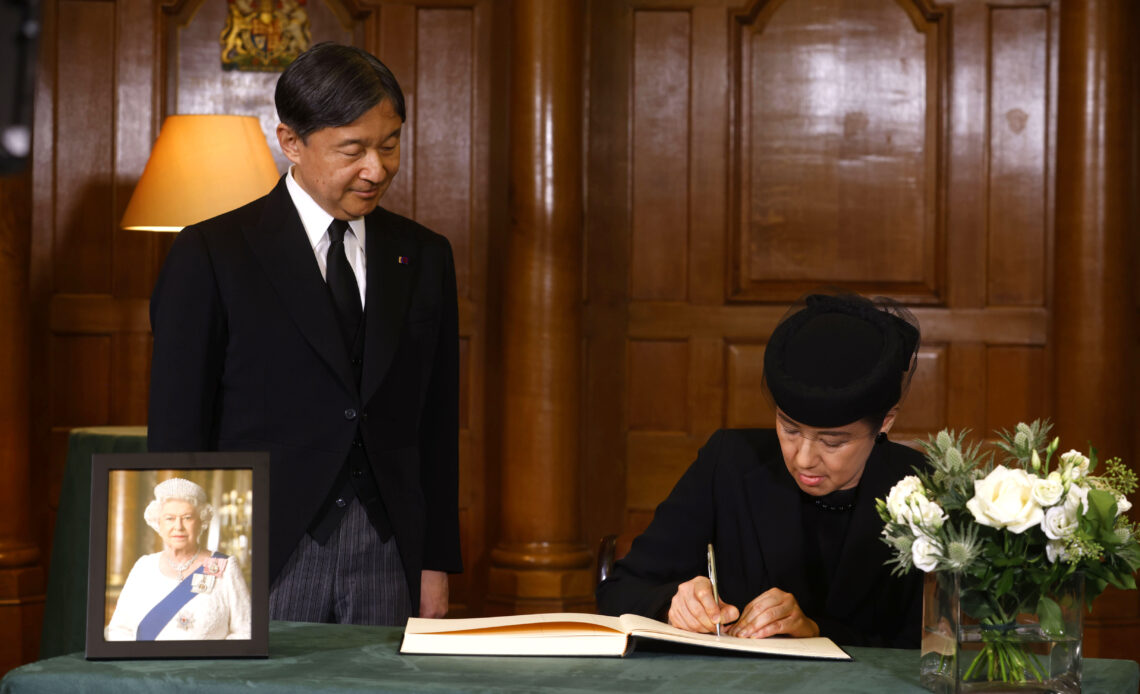 When the plane carrying the Japanese delegation to London for Queen Elizabeth II’s funeral landed at Stanstead Airport, many royal watchers were surprised to see Empress Masako accompanying her husband.

She rarely makes trips outside of Japan; in fact, her last foreign visit dates back to 2015, when, still the Crown Princess, she travelled to Tonga for an official visit.

Some members of her entourage have spoken out and said that the Empress was very keen on being present for this occasion but was also acutely aware of her health and the need to prioritise it.

That is why she only attended the State Funeral, and she took a break the day before when her husband went alone to the lying-in-state of Queen Elizabeth II’s coffin and to the reception that King Charles hosted for foreign officials visiting London for the funeral.

On Monday morning, she was pictured arriving at Westminster Abbey donning an all-black ensemble, in accordance with Western funeral etiquette, and, for the first time during the trip, without a face mask. Both she and the Emperor were photographed wearing black face coverings at the airport and when they arrived at the Claridge Hotel, where they stayed.

Empress Masako has a strong connection to the UK; long before meeting her husband, she was a student at Balliol College, Oxford University, for a two-year postgraduate programme in international relations.

Emperor Naruhito and his wife were supposed to undertake a state visit to the UK in March of 2020; the invitation came from Queen Elizabeth II following their 2019 accession to the throne. However, because of lockdowns and travel restrictions, the two parties mutually agreed to postpone the visit indefinitely – a visit invitation for which Empress Masako “was very grateful,” said her aide.

It now remains to be seen whether the new King will continue with the agenda left by his mother; if so, the Japanese should be among the first to receive a state visit invitation following King Charles’s coronation.

how technology can help you travel with confidence – Hamilton County Reporter